In a few minutes the Olympic cauldron will be lit at the opening ceremony of Rio 2016.
Below the minisheet launched today on the opening and closing of the Rio 2016 Olympic Games. 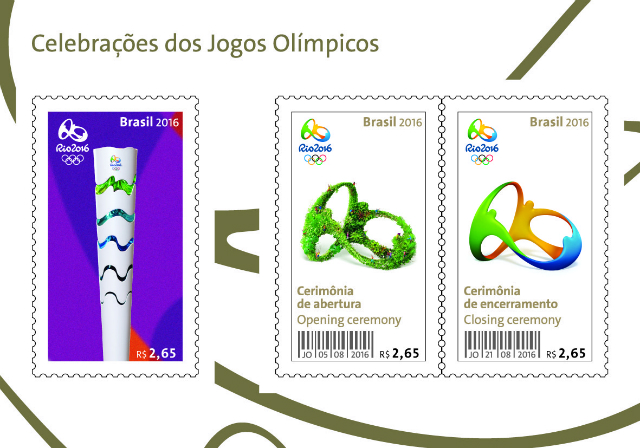 Brazilian stamps with subtitles in Braille

Although Brazil is known to some social problems, attention to people with disabilities has increased in recent decades, but we still have to work hard.

The Brazil issued the world's first stamp with subtitles in Braille in 1974, he had written "The blind man is a participating citizen." 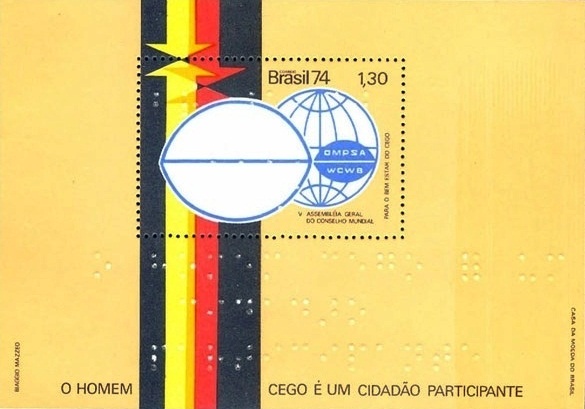 In 1979, to commemorate the 150th anniversary of the first publication in braille in the world, the post office issued another stamp with the words "By touching the reliefs of paper, the blind part of the evolution of the world." 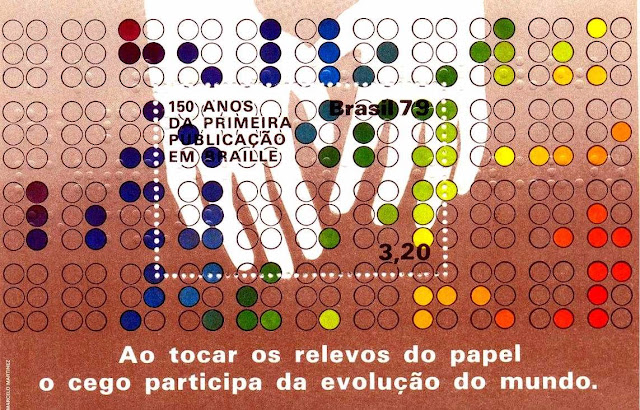 After many years passed and in 2013, another stamp to remind Dorina Nowill Foundation, an institution that seeks the inclusion of visually impaired people access to education and culture. Dorina Nowill was the first blind student in a regular educational institution in Brazil and as an adult created a publisher of books in braille. 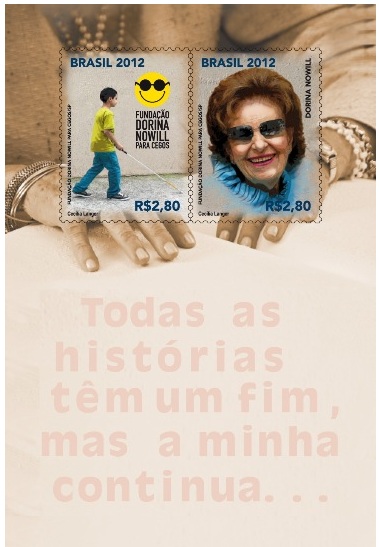 Recently with the Olympics in Rio de Janeiro the Brazilian Post created two minisheets subtitled in braille: Olympic Games 2016 and Paralympic Games in 2016.

I thank Laura Thermes for your visit and comment on the previous post, which motivated me to write about the subject.
Postado por Brazilian Philately às 15:53:00 Nenhum comentário:

Missing 40 days to the start of the Olympic Games 2016 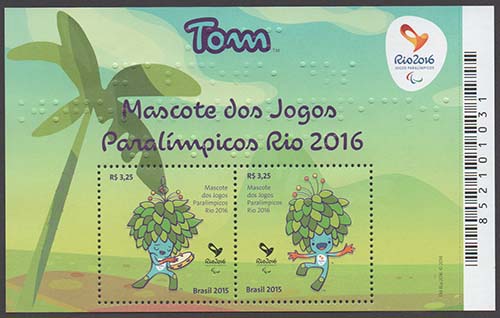 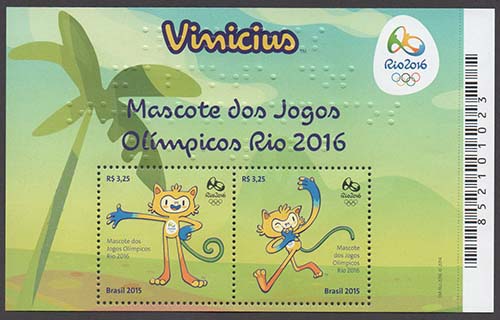 The Brazil since 2015 has launched various issues on events. It is already difficult to find some issues, but I still have some mint sets to exchange.

If anyone is interested in mint stamps on these two important sporting events, please contact me by email brazilianphilately@gmail.com to combine an exchange with mint stamps of their country. 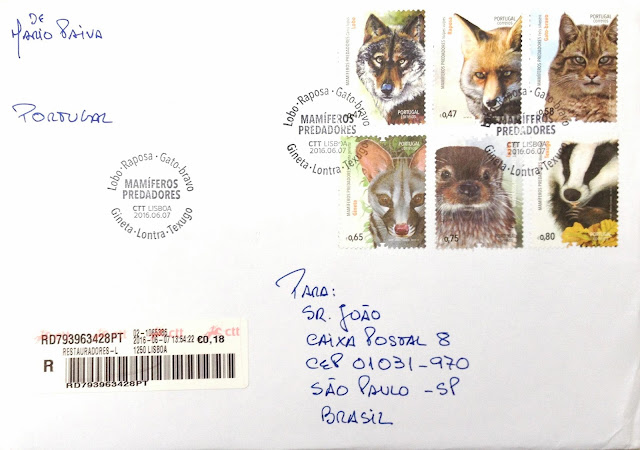 Beautiful cover with stamps of mammalian predators series issued by Portugal recently.
About this issue I recommend the post on O Filatelista blog , edited by friend Mário Paiva, who always gives us excellent articles on philately. 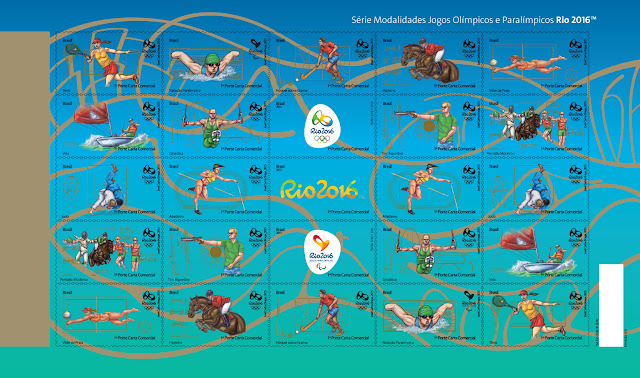 If you wish to send an FDC of your country I will return an Olympic cover.
Postado por Brazilian Philately às 15:25:00 6 comentários: